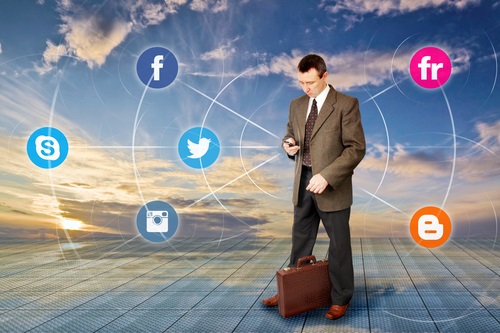 In recent years, as the use of social media has exploded, the National Labor Relations Board (“NLRB”) has received allegations of improper discipline of employees for social media postings as well as complaints condemning employer social networking policies. We briefly discuss a few of those decisions below.

In what came to be known as “the first Facebook case,” American Medical Response of Connecticut, Inc., No. 34-CA-12576, an employee criticized her supervisor in a Facebook post for denying her Union representation, which triggered responses from co-workers voicing their support. The employee was suspended the following day and later discharged. The NLRB alleged in a complaint that the employer’s internet and social media policies were overly broad and violated Section 7 of the National Labor Relations Act (the “NLRA” or “Act”), which gives employees the right “to engage in other concerted activities for the purpose of collective bargaining or other mutual aid or protection.” The NLRB’s complaint also alleged that the employee was unlawfully terminated for engaging in protected concerted activity when she posted on Facebook. The NLRB stressed that employees must be permitted to discuss the terms and conditions of their employment with co-workers. The NLRB asserted that the employer violated the NLRA when it discharged the employee for posting comments on Facebook that prompted support from other employees. The case settled when the employer agreed to substantially narrow the scope of its social media policies.

The NLRB addressed whether an employee could be fired for selecting the “like” option on a Facebook post in Three D, LLC d/b/a Triple Play Sports Bar and Grille, 361 NLRB No. 31. The NLRB found that the employer, a bar and restaurant, violated Section 8(a)(1) of the NLRA by unlawfully discharging two employees for their protected, concerted participation in a Facebook discussion in which they criticized perceived errors in their employer’s tax withholding calculations because such communications constituted concerted activities protected by the NLRA.

One of the discharged employees was terminated for “liking” a Facebook post by a former employee containing the discussion. Another employee used an expletive to describe the company co-owner. In finding the terminations unlawful, the NLRB stated that the test set out in Atlantic Steel, 245 NLRB 814, by which the Board determines whether an employee loses the Act’s protection for contemptuous workplace conduct that occurs during an otherwise protected activity, is not well-suited to address statements involving employees’ off-duty, off-site use of social media to communicate with other employees. Under the Atlantic Steel test, the Board balances the following four factors to determine whether an employee loses the Act’s protection:

The Board stated that the first factor alone supported its conclusion that the Atlantic Steel framework should not be applied to the type of employee activities in this case.

Instead, the NLRB applied the tests articulated by the U.S. Supreme Court in the Jefferson Standard (346 U.S. 464(1953)) and Linn (383 U.S. 53 (1966)) cases to the employees’ comments. In Jefferson Standard, the Court had upheld the discharge of employees who publicly attacked the quality of their employer’s product and practices without tying such criticisms to a pending labor controversy. In Linn, the Court had limited state law remedies for defamation during a union-organizing campaign to those situations where the plaintiff could show that “the defamatory statements were circulated with malice” and caused damage. Linn v. Plant Guards Local, 383 U.S. at 64-65. Here, the NLRB concluded that the employees’ statements were neither disloyal nor defamatory under those standards because they neither disparaged the employer’s products or services or undermined its reputation and therefore did not lose the Act’s protection.

The Board also held that the company’s internet/blogging policy, which stated that “engaging in inappropriate discussions about the company, management, and/or co-workers” might constitute a violation of the law “and is subject to disciplinary action, up to and including termination of employment,” was overly broad and unlawfully restricted employees in the exercise of their rights under the Act.

The NLRB has also found that employees can lose protection under the NLRA if their conduct advocates insubordination. In Richmond District Neighborhood Center, 361 NLRB No. 74, the NLRB held that employees who engaged in specific discussions of planned insubordination on Facebook lost the protection they otherwise would have enjoyed under the NLRA. After two employees detailed their plans to disrupt the workplace and flaunted their disregard for their employer’s policies and procedures on Facebook, the discussions were reported by a co-worker who took screenshots of their exchange. Although the NLRB found the employees’ Facebook posts to be a concerted activity, the Board concluded that the employees had lost the protection of the NLRA since their statements advocated insubordination. The NLRB also considered the protracted length of the exchange between the employees and the detailed nature of the specific acts they advocated when determining that their statements had lost protection.