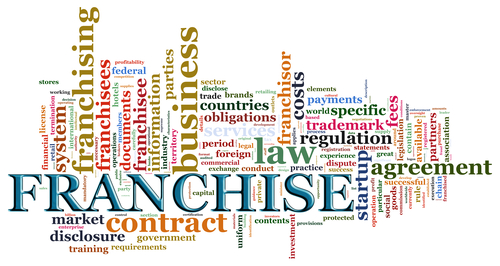 A typical restrictive covenant clause in a franchise agreement provides that the franchisee may not own or operate a similar or competing entity in a specified area for a specified period of time after the franchise relationship expires or is terminated.

When Are They Enforceable?

In order to be enforceable in New York, restrictive covenants in franchise agreements must be:

1. reasonable in geographical and temporal scope; and

1) Reasonable in Geographical and Temporal Scope

Under New York law, a restrictive covenant will be found enforceable where it is reasonable in geographic and temporal scope. Golden Krust Patties, Inc. at 198. Whether geographic and temporal scope is reasonable is acutely fact specific. Courts recognize franchisors’ interests in preventing ex-franchisees selling to customers of the former franchise, thereby profiting from and potentially damaging the franchisor’s good will. See ServiceMaster Residential/Commercial Servs., L.P. v. Westchester Cleaning Servs., Inc., No. 01 CIV. 2229 (JSM), 2001 WL 396520, at *3 (S.D.N.Y. Apr. 19, 2001); Carvel Corp. v. Eisenberg, 692 F.Supp. 182, 185–86 (S.D.N.Y.1988) (restriction against competing stores within two miles for three years was “reasonably related to Carvel’s interest in protecting its know-how and to its ability to install another franchise in the same territory”). However, courts will not enforce restrictions regarding when and where a former franchisee can compete when such restrictions are found to be overbroad and detrimental to the franchisee’s ability to earn a livelihood.

In Singas Famous Pizza Brands Corp. v. New York Advertising LLC, 468 F. App’x 43 (2d Cir. 2012), the Second Circuit held that a restrictive covenant that prohibited a former pizza store franchisee from engaging in “the Italian food service business” within ten miles of the franchisee’s former location for a two-year period was reasonable. The Court based its conclusion on evidence that it had taken four years for the former franchisee to find a suitable location for the Singas. The Court also stated that the ten-mile geographical restriction was “reasonably calculated towards furthering [the franchisor’s] legitimate interests in protecting its ‘knowledge and reputation’ as well as its ‘customer goodwill.’” See Id. at 46–47.

The Eastern District Court ultimately granted the injunction but modified the geographic constraints of the non-compete provision to reflect “the densely populated nature of the New York Metropolitan area.”  Golden Krust Patties, Inc. at 199 (E.D.N.Y. 2013). Reasoning that “most consumers in that region will not travel ten miles—or even five miles—to a fast-food establishment,” the Court determined that a four-mile restriction from the franchise location was more appropriate than the original ten-mile restriction. Id. Additionally, the Court reduced from five miles to two and a half miles the required minimum distance of restaurants that could be opened by the former franchisee from any Golden Krust location. The Court cited the close proximity between Golden Krust locations (often less than one mile apart) as evidence that a broad non-compete zone was not necessary. Id.

The Golden Krust Court distinguished the case from Singas, holding that Singas had only restricted franchisees from operating Italian food service businesses, whereas Golden Krust restricted former franchisees from operating any type of restaurant business. Id. It is reasonable to believe that the court would have been less inclined to modify the geographic scope of the non-compete had Golden Krust restricted franchisees only from serving Caribbean-style food. Thus, one major takeaway from these cases is that New York courts are more likely to find temporal and geographic restrictions to be reasonable if a franchise agreement’s non-compete clause is sufficiently narrow in other ways.

New York courts have traditionally required that restrictive covenants in franchise agreements, in addition to being reasonable in time and scope, serve legitimate business interests. ServiceMaster Residential/Commercial Servs., L.P. at *3. As already noted above, courts recognize in franchisors a legitimate interest in guarding against former franchisees’ exploitation of i) the knowledge provided by the franchisor and ii) the franchisor’s customer base. In ServiceMaster Residential, the Court held there to be “a recognized danger that former franchisees will use the knowledge that they have gained from the franchisor to serve its former customers, and that continued operation under a different name may confuse customers and thereby damage the good will of the franchisor.” ServiceMaster Residential/Commercial Servs., L.P at *3 (citing Jiffy Lube Int’l, Inc. v. Weiss Bros., Inc., 834 F.Supp. 683, 691-92 (D .N.J.1993) (upholding ten-month, five-mile restriction on rapid lube operation); Economou v. Physicians Weight Loss Ctrs., 756 F.Supp. 1024, 1032 (N.D.Ohio 1991) (upholding one-year, fifty-mile restriction on diet center).

Likewise, in RESCUECOM Corp. v. Mathews, No. 5:05CV1330 (FJS/GJD), 2006 WL 1742073, at *1 (N.D.N.Y. June 20, 2006), the Court found that the franchisor-plaintiff had provided the former franchisee with “training and manuals pertaining to the best methods for operating a successful computer sales and services business . . . [and] extended to the defendant the knowledge and ability to launch and successfully operate a computer sales and services business.” The franchisor had also provided the franchisee with access to clientele, evidenced by the fact that the franchisee successfully diverted at least five of the franchisor’s former customers. Id. at *2. The Court granted a preliminary injunction against the defendant, who had opened a computer sales company in the same location as the franchise he had previously operated.

3) Weighing the Interests of the Franchisee and the Public

In determining whether to grant injunctions based upon the restrictive covenants of franchise agreements, recent cases have emphasized the balancing of the franchisor’s interests against the interests of both the public and the franchisee. See Singas Famous Pizza Brands Corp. at *12; Golden Krust Patties, Inc. at 198.

Singas and Golden Krust—two of the most recent leading New York decisions involving restrictive covenants in franchise agreements—explicitly consider the potential harm of enforcing the non-compete provisions at issue to both the former franchisees and the public interest. Both decisions ultimately found the covenants enforceable and granted injunctions (though the Golden Krust Court, as discussed above, modified the temporal and geographic scope of the provision).

In Singas, the Court acknowledged that defendants invested significant time and money into restaurants they had hoped would be Singas franchises. However, according to the Court, “any hardship caused by an injunction was caused by the defendants’ own violation of the Agreement” when they opened a restaurant location as a purported franchise without having received permission from Singas. Singas Famous Pizza Brands Corp. at *12.

The general rules and policies that govern restrictive covenants in employment agreements also apply in New York courts’ analyses of such covenants in franchise agreements. However, courts will give deference to franchisors which have provided unique access to training and other benefits to franchisees. Thus, as with such cases in the employment context, litigations involving the alleged breach of restrictive covenants in franchise agreements are very factually intensive and are best handled by counsel who regularly represent clients in such matters.