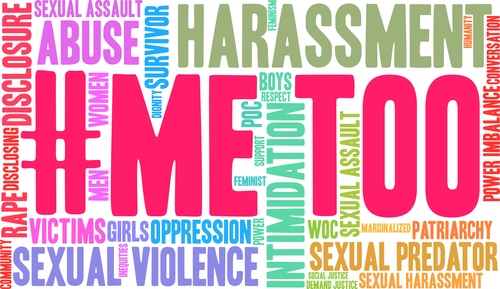 Since the advent of the #MeToo Movement Era, anecdotal evidence suggests that there has been a spike in complaints of alleged sexual harassment in for-profit and non-profit companies throughout the country. It is now more important than ever that companies and other organizations deal with sexual harassment allegations head-on. This means investigating allegations promptly and thoroughly, protecting victims against retaliation, taking proper action when wrongful conduct is found to have occurred, and taking steps to try to prevent future harassment. This article will identify some best practices in this regard.

What to Do When Harassment Claims Arise

One of the best ways of dealing with sexual harassment allegations is to address them in a timely manner. Organizations should implement a regimen pursuant to which managers at all levels are trained to identify inappropriate behavior and follow the established protocols for escalating issues for investigation. In almost any organization, written policies should require that harassment complaints be brought to the Human Resources or Compliance Departments or to an Ombudsman.

Investigations of sexual harassment claims should be prompt, efficient, thorough, and fair and balanced. An investigation’s general focus and its goals depend in large part on timing. If it occurs pre-dispute, the investigation generally takes on a preventative focus; during the dispute, a fact-finding focus; post-dispute, a focus on what went wrong and how to try to prevent it from recurring.

In determining who would be appropriate to lead an investigation, it is essential that the choice be impartial, i.e., that the chosen investigators have no actual or perceived conflict of interest. The investigators should be credible, respected, and knowledgeable about company policies and, if feasible, relevant laws. Since a knowledge of employment law can be very helpful, in-house counsel and sometimes outside counsel are good choices for investigations of senior personnel at a minimum. In large organizations, routine investigation of lower level personnel is sometimes undertaken by a department devoted to that function.

The scope of an investigation is fact-specific and determined in large part by what it seeks to uncover. Initially, the investigation’s scope depends upon the nature of the complaints, but the scope may change as facts come to light. In some cases, an investigation may ultimately center on the credibility of the alleged harasser or that of the alleged victim; in others, it may develop into a systemic examination of the company’s or organization’s processes and practices.

Though an investigation will not always run according to course, a preliminary investigative plan is necessary. It should include:

This information should be gathered and documented with care. Investigators should assume that all documentation and notes are discoverable. Therefore, all notes should be detailed, fact-based, accurate, and complete. They should not be destroyed upon completion of the investigation.

In selecting witnesses, the investigators must assess witness credibility before and after the interviews. One factor that should be considered in determining the credibility of testimony is the anxiety level of the witness (an anxious witness could lead to a spotty or exaggerated account of important events and information).

Investigators should generally not allow counsel or other representatives of witnesses to attend witness interviews. However, there are several possible exceptions to this general advice. Where the legal rights of a witness are implicated or where the employee has engaged in a workplace rules violation and holds an objectively reasonable belief that he or she faces discipline, it may be appropriate to allow a representative to attend. See NLRB v. Weingarten, 420 U.S. 251 (1975) (finding that employee was entitled to union representation where such factors were present). However, the lawyer or other representative should be told that she will be excluded if she disrupts the interview or answers questions on behalf of the witness.

Despite the preferences of many employers for confidentiality, disclosure may be required by statute or administrative guidance. In Banner Health Systems, 362 NLRB No. 137 (June 26, 2015), the National Labor Relations Board (“NLRB”) disapproved of employers directing employees to keep information related to internal investigations confidential. The NLRB held that employers violate their employees’ rights under Section 7 of the National Labor Relations Act (“NLRA”) when they require or request their employees to keep interviews conducted as part of an internal investigation secret from other employees. An exception applies if the employer can clearly demonstrate “that confidentiality was necessary to maintain the integrity of any particular investigation or any particular interview.” But the Banner Health decision demands that employers be cautious of any categorical confidentiality policy.

Understanding the scope of the attorney-client privilege is critical to ensuring maximum confidentiality in any workplace investigation, including investigations of sexual harassment. The attorney-client privilege will apply if all of the following elements are present and asserted: a) a communication b) made in confidence c) to an attorney d) by a client e) for the purpose of seeking or obtaining legal advice. See Upjohn Co. v. United States, 449 U.S. 383 (1981).

With these potential pitfalls in mind, attorneys should include legal analysis in all interview memoranda so courts are less likely to see their work as unprivileged fact-finding and more likely to see it as privileged lawyering.

Summary reports should be prepared at the preliminary and interim stages of the investigation. They should include details regarding the complaint or event that prompted the investigation, including names and departments of any complainants or victims, the issues investigated, factual findings on each issue, and key facts supporting findings made. An investigation timetable from inception, including interviews conducted and other investigatory steps taken, may also be useful. Summary reports will serve as an introduction to decision makers seeking to determine, among other issues, whether and the extent to which remedial action should be taken.

A report of the findings should also be made at the conclusion of the investigation. It should include, in addition to information obtained from the witness interview memoranda, a summary of the critical information learned throughout the investigation, the identification of any injury, and recommendations made by the investigator(s).

Clear, accurate, and thorough reporting is especially important if the complainant ultimately brings suit, not only because it preserves evidential findings relevant to litigation, but also because it may help the company or organization maintain the Farragher/Ellerth affirmative defense. The Supreme Court articulated the defense in Faragher v. Boca Raton, 524 U.S. 775 (1998), and Burlington Industries, Inc. v. Ellerth, 524 U.S. 742 (1998), and it is available against claims under the Civil Rights Act of 1964 if an employer can prove:

Thus, summary reports and reports of the findings are essential to the employer’s use of the Farragher/Ellerth defense because they help show that the employer conducted the investigation promptly, thoroughly, and without bias.

When convincing evidence of harassment has been uncovered, employers should take remedial action against the harasser. Doing so fosters a zero-tolerance culture that is now widely regarded as necessary to a harassment-free workplace. See, e.g., “Ask Aliya: Building a Work Culture that Prevents Sexual Harassment.” Potential remedial actions include:

Any remedial actions should be documented as described above.

Minimizing the Risk of Retaliation Claims

In order to prevent future retaliation claims, companies and organizations must maintain a strict anti-retaliation policy. The subject of the investigation and all employees involved should be warned that retaliation is prohibited. All complaints should be initially treated equally, even though every complaint may not ultimately evolve into a full-fledged investigation. The equal treatment of complaints must apply regardless of the alleged victim’s position in the company or organization or the history of complaints, i.e., every complaint must be treated as if it were the first. Most importantly, investigators and management should never ask the complainant(s) to withdraw the complaint, express concern about how the complaint(s) will affect the company, or threaten the complainant(s).

*This article will not address the changes in New York State law which went into effect on April 12, 2018 when Governor Cuomo signed the 2019 New York budget into law which, among other things, obligates New York employers to (i) distribute a written sexual harassment policy and (ii) perform annual sexual harassment training. Nor does the article address the “Stop Sexual Harassment in NYC Act” which was signed into law by Mayor de Blasio on May 9, 2018 and, among other things, extends the New York City Human Rights Law’s sexual harassment protections to all workers, including those at employers with fewer than five employees (which were previously exempt). Those laws will likely be the subject of an upcoming newsletter.