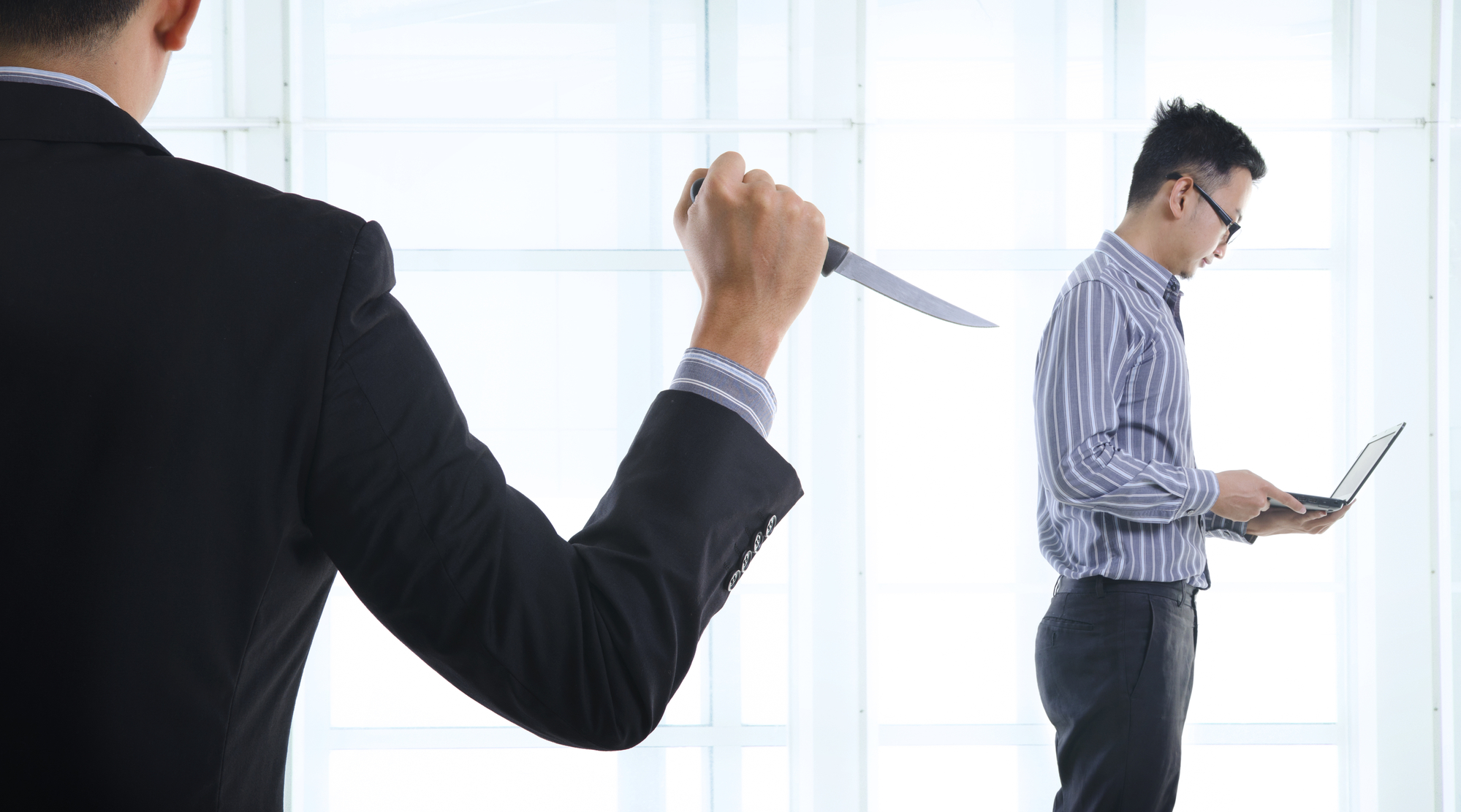 The faithless servant doctrine allows employers to recover compensation paid to a former employee upon demonstrating that the employee engaged in disloyal and unfaithful conduct during his or her employment. This doctrine, grounded in agency law, offers protection and compensation for employers who discover wrongdoing by current or former employees, especially in situations where proving damages may be difficult. However, as discussed below, New York courts will not apply the doctrine to impose liability in the absence of specific allegations of misconduct.

Under New York state law, an employee is obligated “to be loyal to his employer and is ‘prohibited from acting in any manner inconsistent with his agency or trust and is at all times bound to exercise the utmost good faith and loyalty in the performance of his duties.’”1 Moreover, an employee has an affirmative duty to act in a manner consistent with his agency and exercise good faith and loyalty.2 The faithless servant doctrine provides that “[o]ne who owes a duty of fidelity to a principal and who is faithless in the performance of his services is generally disentitled to recover his compensation, whether commissions or salary.”3 As follows, a “principal [employer] is entitled to recover from his unfaithful agent any commission paid by the principal[,]”4& or withhold compensation for services rendered by such an employee.5 An unfaithful employee’s forfeiture of compensation is also compulsory even when the principal employer benefitted or did not suffer provable damage as a result of the breach of fidelity.6 If an employee is shown to have been repeatedly disloyal throughout their tenure, “complete and permanent forfeiture of compensation, deferred or otherwise, is warranted.” 7 Courts have demonstrated less sympathy for employees who committed illegal acts against their employers by ruling in favor of the wronged employers’ claims for compensation.8

There are two different standards used by New York courts in determining whether an employee’s conduct is covered by the faithless servant doctrine: the Turner standard and the Murray standard.9p The more stringent standard, Turner, requires a showing of “substantial” disloyalty by the employee in order for the misbehavior to warrant forfeiture.10 Under the Turner standard, employee disloyalty must consist of more than only a single act, and the employer must not have known of or tolerated the behavior.11 The second standard, first recognized by the New York Court of Appeals in Murray v. Beard,12 requires less: “a breach of a duty of loyalty or good faith,” without regard as to the severity of the breach.13 Tension remains between these two standards because New York courts have not defined the circumstances in which each standard should apply.14 Regardless of the standard utilized,15 actionable misconduct under a faithless servant theory can take many forms, including fraudulent misconduct, gross negligence, embezzlement, misappropriating trade secrets, behavior detrimental to the company, or misstating a company’s financial position.

The faithless servant doctrine is a powerful tool for employers because it provides an easier method of calculating damages than breach of contract and tortious interference claims, which require that a plaintiff demonstrate the monetary value of damages suffered. In contrast, as mentioned previously, under the faithless servant doctrine, the plaintiff need only make a sufficient showing of disloyalty committed by the former employee during his or her employment.16 This has been articulated by the New York Court of Appeals, which reasoned that the function of a breach of fiduciary duty action is not only to compensate plaintiff employers for wrongs committed by their former employees, but also to prevent such unfaithfulness “by removing from agents and trustees all inducement to attempt dealing for their own benefit in matters which they have undertaken for others[.]”17

New York law permits relaxation of the law of forfeiture by allowing apportionment. This is in alignment with the position taken in the Restatement (Second) of Agency (1958), which “calls for apportioning forfeitures when an agent’s compensation is allocated to periods of time or to the completion of specified items of work.”18 Specifically, an employee may keep compensation for the tasks performed loyally, during the time period of disloyalty in other work, where: (1) the parties agreed in the contract itself that the agent would be paid on a task-by-task basis; (2) the agent performed other certain tasks with no misconduct at all; (3) the agent’s disloyalty in other tasks “neither tainted not interfered with the completion of” the tasks for which the agent was loyal.19 While supported strongly by the Restatement, this distinguishment of Murray was also rooted in the opinion that depriving unfaithful employees of all their earnings when some tasks were completely properly would be too punitive.20 However, certain New York courts have held that former employees forfeited their entitlement to all compensation after their first disloyal act.21

For example, in Phansalkar v. Anderson Weinroth & Co., L.P., the Second Circuit held in 2003 that the faithless servant doctrine required the former employee-agent, Phansalkar, to forfeit all compensation after his first disloyal act because his agreement called for general compensation and did not itemize his compensation to specific amounts paid for completion of specific tasks.22 Phansalkar repeatedly violated his affirmative duty to act in his employer’s best interests, primarily by failing to give his employer compensation he received in cash, stocks, and other interests that should have been turned over.23Further, the court notably concluded that a specific finding of employee’s intent to defraud an employer is not required to render their misconduct sufficient to warrant forfeiture.24

In 2018, the First Department provided further support for the faithless servant doctrine by confirming an arbitration award which included disgorgement of the former employee’s past salary and commissions during the four-year period of her unfaithfulness, ordering that the former employee return a total of $2.7 million.25 In that case, Matter of Mahn v. Major, Lindsey & Africa, LLC, the court held that the award was not punitive in nature and did not violate New York’s public policy.26 Additionally, in City of Binghampton v. Whalen, the Court ordered the forfeiture of the salaried employee-agent’s entire compensation during the six-year period in which he stole money from the city, despite his prior “unblemished” thirty-five years of service to his employer.27

However, it is important to point out that employers must provide enough evidence of when and how the former employee acted unfaithfully in order to successfully invoke the faithless servant doctrine. In Rubio v. BSDM Mgmt., the Southern District of New York held in 2021 that the asserted faithless servant claim “mirror[ed] the very elements of a cause of action for fraud” so Rule 9(b) of the Federal Rules of Civil Procedure applied.28 In accordance with Rule 9(b)’s particularity requirement,29 the court dismissed the employer’s faithless servant claim because it was not plead with the required specific factual allegations.30 Similarly, in the 2020 case, Babbitt v. Keoppel Nissan, Inc., the court held that the defendants’ cross-claim that the plaintiff, a former finance manager, had been a faithless servant because the defendants failed to provide any detail beyond conclusory allegations such as “’[t]he Plaintiff’s disloyalty permeated her services in its most material and substantial part.” 31 Further, in the 2019 case of Stefanovic v. Old Heidelberg Corp., Defendants alleged in a cross-claim that Plaintiffs, former restaurant personnel, altered the gratuity amount on customers’ receipts to give themselves a higher tip and, therefore, under the faithless servant doctrine, forfeited compensation paid to them during those periods of employment32. However, because the defendants did not provide any specific instances of receipt altering by the plaintiffs, their counterclaim was dismissed.33

In sum, the faithless servant doctrine under New York law remains a potent weapon for employers to use against former employees who engaged in certain kinds of misconduct, which serves two significant purposes: deterrence for employees’ disloyalty and the court-sanctioned rewarding of meaningful monetary remedies to wronged employers. However, employers who fail to prove when and how the former employee acted disloyally should, and are likely to, have their claims dismissed in New York.