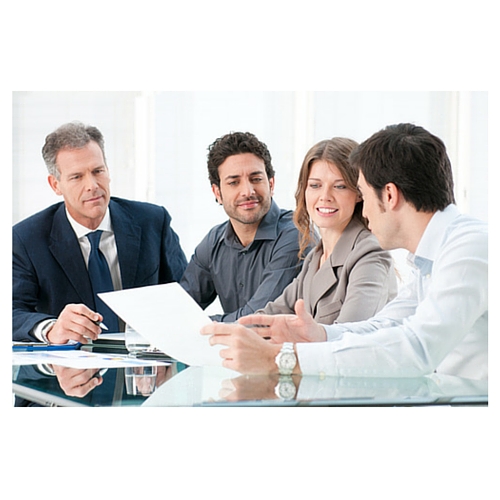 Non-compete agreements offer the widest range of protection for employers by limiting a prior employee’s ability to work for a competitor after the employment relationship ends. However, this type of restrictive covenant is often the most difficult to enforce and is generally disfavored in New York. New York courts will enforce non-compete provisions only to the extent necessary to protect an employer’s legitimate interests and where they are reasonable in time and geographic area. Such courts consider the protection of the following kinds of information to be legitimate protectable interests:

For example, in Ticor Title Ins. Co. v. Cohen, 173 F.3d 63, 71 (2d Cir. 1999), the court noted that an employer has sufficient interest in retaining its current customers to support a covenant not to compete where the employee’s relationship with the customers is such that there is a substantial risk that the employee may be able to divert all or part of the business.

B. Temporal and Geographic Restrictions

New York courts have repeatedly held that temporal restrictions of six months or less are reasonable. See Ticor Title Ins. Co. v. Cohen, 173 F.3d at 70 (2d Cir. 1999); Natsource LLC, 151 F.Supp.2d at 470-71 (three-month non-compete). However, courts have also enforced non-competes of three years or more, usually where geography is limited. In Novendstern v. Mount Kisco Med. Grp., 177 A.D.2d 623, 576 N.Y.S.2d 329 (1991), the court found that a covenant restricting a physician from competing with his previous employer was enforceable because the prohibition on the physician’s practicing in his specialties for three years was in a limited geographic area.

To determine whether a non-compete provision is reasonable in geographic scope, courts in New York examine the particular facts and circumstances of each case. For example, in Natsource LLC v. Paribello, 151 F.Supp.2d 465, 471-72 (S.D.N.Y.2001), the court was willing to enforce very broad geographic restrictions on employees where the “nature of the business requires that the restriction be unlimited in geographic scope,” so long as the duration of those restrictions was short. (Emphasis added). However, in Pure Power Boot Camp, Inc. v. Warrior Fitness Boot Camp, LLC, 813 F. Supp. 2d 489 (S.D.N.Y. 2011), the court held that the non-compete provision in a fitness center operator’s employment agreement with prior employees, which prohibited employees from working at a competitor center anywhere in world for ten years following employment at center, was unenforceable since it was unreasonable in terms of duration and geographic scope.

New York courts have also examined whether there was sufficient consideration, whether the agreement was incidental to the sale of a business, and whether an employee was preparing to compete to determine if a non-compete was reasonable. Such courts have found that future employment constitutes sufficient consideration to support a covenant not to compete. See Poller v. BioScrip, Inc., 974 F. Supp. 2d 204 (S.D.N.Y. 2013) (holding that “the fact that a restrictive covenant agreement is a condition of future employment does not automatically render such an agreement coercive and unenforceable”). Similarly, in Ikon Office Solutions v. Leichtnam, 2003 U.S. Dist. LEXIS 1469, *1, 2003 WL 251954 (W.D.N.Y. Jan. 3, 2003), the court found that the non-compete covenant was enforceable because the employee was an at-will employee who received continued employment as consideration. Moreover, financial benefits and an employee’s receipt of intangibles such as knowledge, skill, or professional status, are also sufficient consideration to support a non-compete provision under New York law. See Arthur Young & Co. v. Galasso, 142 Misc. 2d 738, 741 (Sup. Ct. N.Y. County 1989).

D. Selling a Business and Preparing to Compete

New York courts are most likely to enforce non-compete agreements that are incidental to the sale of business. See Mohawk Maint. Co. v. Kessler, 52 N.Y.2d 276 (1981) (stating that courts give covenants not to compete made in connection with the sale of a business and its accompanying goodwill “full effect when they are not unduly burdensome”).

New York courts have held that an employee preparing to compete violates a non-compete provision where affirmative steps have been taken that would give the individual a head start on competing once the restricted period ends. For example, in World Auto Parts, Inc. v. Labenski, 217 A.D.2d 940 (4th Dep’t 1995), the court found that conduct such as making personal loans to the principal owners of competitors and divulging to competitors price information acquired while working with the former employer constituted preparatory behavior that violated the non-compete agreement. However, in some instances, employees may prepare to compete prior to their departure provided that they do not use their employers’ time, facilities or proprietary secrets to do so. See Stork H & E Turbo Blading, Inc. v. Berry, 932 N.Y.S.2d 763 (2011).

Of course, we are available to assist in drafting, negotiating, and, if necessary, litigating non-compete and other restrictive covenant agreements. Some of the negotiated and litigated employment-related matters that our lawyers have handled in recent years have involved fiduciary duty claims, allegations of possible officer and/or employee misconduct, the faithless servant doctrine, wrongful discharge claims, confidentiality provisions in employment and severance agreements, trade secrets, and related matters.  One of Richard Friedman’s most noteworthy trial victories in the New York County Commercial Division, on whose Advisory Committee he serves with the nine judges of that court as one of about fifteen judicially appointed private practitioners, is the subject of a feature American Lawyer article that is available upon request via email at rfriedman@richardfriedmanlaw.com.