Sexual Harassment Legal Settlements: The Rules Have Changed Under the Tax Cuts and Jobs Act

Sexual Harassment Legal Settlements: The Rules Have Changed Under the Tax Cuts and Jobs Act
POSTED BY Richard Friedman ON February 21 2018 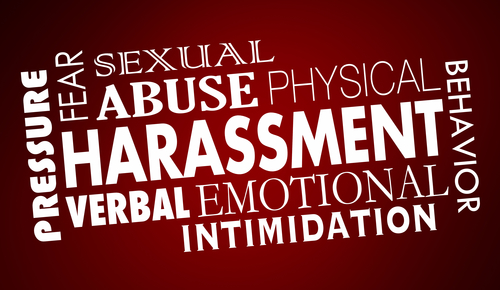 At the risk of stating the obvious, the #MeToo movement, in raising awareness about the traumatic experiences of sexual assault and harassment victims, has already begun to spur changes to our laws. This is readily apparent in Section 162(q) of the Tax Cuts and Jobs Act which disallows employers from deducting settlement payments and legal costs related to sexual harassment or abuse matters if the parties signed a settlement agreement with a confidentiality provision. It would appear that ensuring the confidentiality of a settlement now comes at a higher price to corporations which in the past would have deducted the settlement amount and the attorney’s fees related to that matter. However, as is often the case under the “law” of unintended consequences, this provision may prove detrimental to some claimants by causing companies to (i) challenge allegations and fight lawsuits alleging sexual harassment or sexual abuse rather than settle early if they don’t expect to be able to use the foregoing deductions because any settlement will be confidential and/or (ii) insist on paying lower amounts to settle confidentially, including in instances where claimants desire confidentiality because of the unavailability of these deductions.

New Internal Revenue Code Section 162(q) provides that, as of December 22, 2017, no deduction shall be allowed for:

2. attorney’s fees related to such a settlement or payment.”

This provision applies to payments made on or after December 22, 2017 even if the settlement agreement was signed prior to that date.

How Does It Change Existing Law?

Before Section 162(q) of the Internal Revenue Code was modified, employers could deduct the amounts paid as part of a confidential settlement along with all related legal costs as ordinary and necessary expenses incurred in carrying on their businesses. In forcing employers to choose between non-disclosure of a settlement payment and non-deductibility of the payment and related legal costs, the new section aims to deter settlement agreements containing non-disclosure provisions which have been wildly decried in the media as “hush money” payments that conceal the culpability of employers and thereby do not deter future sexual harassment in the workplace.

Because the IRS has yet to release guidance regarding Section 162(q), there are many unanswered questions, some of which are discussed below.

Section 162(q) clearly aims to benefit employees who have been the victims of sexual harassment; however, there are aspects of the statute that could end up hurting some of them. First, employees who receive settlements related to sexual harassment or abuse claims may themselves want the settlements to remain confidential out of fear that the publication of the settlement could negatively impact their personal life or future job prospects. Since Section 162(q) provides an incentive for an employer to not settle confidentially, an employee or former employee who desires nondisclosure now has less leverage and may be more likely to accept a lower settlement offer in return for confidentiality. Thus, early settlements may be less common and settlement amounts may be lower than in the past since such amounts and all related legal costs are no longer deductible.

Second, Section 162(q) does not on its face restrict only employers from deducting attorney’s fees. Therefore, it is at least conceivable, however absurd, that claimants could find themselves in a worse position financially than they were in prior to the adoption of the provision. Before Section 162(q) was amended, claimants could take an above-the-line tax deduction on the attorney’s fees they paid; thus, they were only taxed on the net portion of the settlement amount they received. Can claimants possibly be taxed on the entire amount of a settlement, i.e., more than they actually keep after taking into account attorney’s fees and costs which often comprise at least a third of the settlement amount? The far more reasonable position in my view is that, given the stated purpose of the legislation in the Conference Committee Report to disallow any deduction “for any settlement, payout, or attorney fees related to sexual harassment or sexual abuse if such payments are subject to a nondisclosure agreement” (H. Rept. 115-466 at 279), claimants can still deduct attorney’s fees and therefore will only pay taxes on the net amount they receive. However, until the IRS issues clarifying guidelines, some claimants may seek to have employers cover their possible additional tax liability which could present a stumbling block to a settlement.

2. Ambiguity Surrounding the Term “Related To”

Both provisions of 162(q) apply to settlements “related to” sexual harassment or abuse. This is problematic because many plaintiffs allege sexual harassment or abuse in addition to multiple other claims, such as race and gender discrimination claims. In drafting settlement agreements, employers almost always settle all claims simultaneously and do not distinguish between the sexual claims and other allegations. It is now unclear how employers should approach the settlement of multiple claims. Should they insist on separate settlement agreements for the deductible and non-deductible claims? In doing so, can employers offset the tax consequences of a nondeductible settlement by allocating larger amounts to settlements for other, non-sexual related claims? Absent clarifying guidance from the IRS, that seems very likely to occur in my view and, indeed, is probably already being done.

This ambiguity also applies to the provision regarding attorney’s fees. Where there are multiple claims against an employer, its attorneys conduct research and render other legal services vis-a-vis all claims, not only those which relate to sexual harassment or abuse. How should the fees associated with attorney time be allocated under Section 162(q)? Additionally, attorney’s fees are nondeductible only insofar as they relate to “settlement or payment.” Is the investigation of, or response to, a complaint of sexual harassment or abuse sufficiently related to “settlement or payment” to fall within the provision’s purview, or would attorney’s fees related to such legal services be deductible? The answer to these and other questions must await guidance from the IRS and, inevitably in some cases, the United States Tax Court. In the interim, companies confronted with these issues would be well advised to work with counsel who handle these types of matters regularly.

Finally, companies often insist in settlement agreements on general releases of all claims, including those of a sexual nature. Would such a release in a confidential settlement of a matter where there was no allegation of sexual harassment or abuse trigger Section 162(q)? That seems highly unlikely. Nonetheless, companies should give careful consideration before entering into a settlement agreement that contains explicit references to sexual harassment or abuse claims where no such claims were alleged.