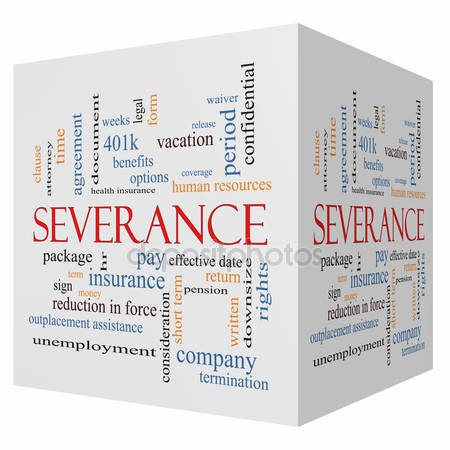 At the risk of stating the very obvious, a severance agreement should contain a release which protects the former employer from potential lawsuits and other legal proceedings that could otherwise be brought by the former employee and his or her heirs. Severance compensation can serve as an important transition financial resource for a former employee. Thus, it is often in both parties’ interests to reach an agreement. This article will briefly identify some of the provisions that should be considered for possible inclusion in a severance agreement by every employer and employee.

Severance agreements of senior personnel often provide the former executive with a certain period of outplacement services to assist him or her in securing his or her next position. Severance agreements frequently provide that the company will respond to inquiries from prospective employers by solely providing the former employee’s dates of employment and the last position he or she held.

This commentator believes that counsel for a former employee should generally seek to have the non-disparagement provision in virtually all severance agreements be mutual. In those instances where company counsel refuses to do so, the following approach can be considered. The agreement could contain a provision requiring that (i) several identified employees be notified in writing within a few business days after the execution of the agreement or the lapse of the revocation period not to disparage the former employee verbally or in writing and (ii) the former employee’s counsel be notified in writing within one or two business days thereafter that such notification was sent. However, this commentator has represented former executives who did not want any such persons to be so notified in the belief that doing so would “fan the flames” and have the opposite effect of what was intended.

We have been involved in several recent matters where, at the request of the former senior executive who we represented, several “C” suite executives were identified in the severance agreement with their consent as the only personnel authorized to provide reference information about the former executive beyond her or his dates of employment and last position. In two recent matters, we negotiated to have a reference letter signed by the CEO attached as an exhibit to the severance agreement with a provision that the company must make it available exclusively in response to any inquiries about the former executive.

Employers often include some or all of the following provisions in severance agreements:

Employers should give serious consideration to establishing standard severance policies with specified severance compensation packages for employees at different levels of seniority within the organization. Several New York cases have considered the legal ramifications of company severance policies.

In Hosain-Bhuiyan v. Barr Labs., Inc.,2 a former employee sued for breach of contract and violations of the New York Labor Law alleging that he was improperly terminated for cause and was contractually entitled to certain severance payments and stock options. The defendant’s employment policy provided that employees terminated for cause were not entitled to any severance compensation. The plaintiff had been terminated after it was determined that he (i) failed to disclose to the defendant in writing his ownership interest in another business and (ii) did work for his outside business during regular business hours. After concluding that the plaintiff had been properly terminated for cause, the Court granted summary judgement in favor of the former employer.

If there is a possibility that an employee has one or more causes of action against his or her former employer for any reason, he or she may be able to build a strong case in reliance upon his or her in-depth knowledge of the company. Of course, this is one of the main reasons why a former employer would want an assurance that the former employee cannot sue the employer. Avoiding potential lawsuits and the concomitant distraction to management and inevitable legal fees is generally of great benefit to a company and will often override the additional monetary and other compensation that former employees and their counsel will seek through negotiation. Severance agreements are also a useful way for a former employer to bolster an existing non-compete provision when it is considered desirable to do so in view of changed circumstances.

In addition to receiving severance compensation, which sometimes also includes the acceleration of certain stock options and company payment of COBRA insurance premiums for an agreed upon period of time, former employees can benefit from entering into a severance agreement by receiving, among other things, (i) a general release from their former employer or some variation thereof, (ii) a mutual non-disparagement provision or some variation thereof, (iii) agreed upon reference protocols which may include a reference letter to be used exclusively, and (iv) a limit on the former employee’s obligations to cooperate with her or his former employer in connection with future legal proceedings brought against the company.