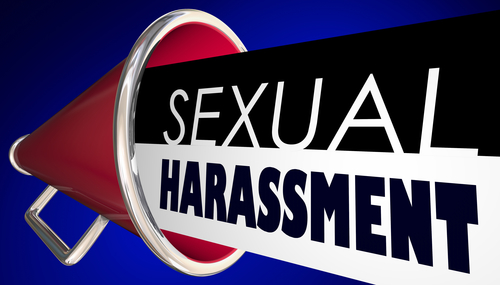 As discussed in a previous newsletter, the #MeToo movement has generated nationwide discussion about sexual harassment and resulted in increased workplace sexual harassment complaints throughout the country. In response to the perceived growing crisis, New York State made extensive changes to the state’s human rights laws as part of the 2019 New York State Budget. In addition, the New York City Council passed the Stop Sexual Harassment in NYC Act. These changes increase employer liability for—and enhance employee protections against—workplace sexual harassment and gender discrimination, requiring the immediate attention of employers of all sizes. This article will discuss what I consider to be the most salient changes in the law.

The 2019 New York State Budget, signed into effect by Governor Andrew Cuomo, contains many employee-related changes of which employers should be aware, including:

Employers must conduct these trainings for all employees annually.

Since July 11, 2018, New York Civil Practice Law and Rules has banned mandatory binding arbitration provisions in employment contracts except where inconsistent with federal law or included as part of a collective bargaining agreement. It is unclear whether this provision will withstand legal challenges asserting that the Federal Arbitration Act preempts it, but employers should operate under the assumption that it’s constitutionality will be upheld while awaiting word eventually from the Supreme Court.

3. Extension of Employer Liability for Sexual Harassment to Non-Employees

Since April 12, 2018, employers can be held liable for sexual harassment claims brought by non-employees such as independent contractors and subcontractors as well as employees working under service contracts. Employers will be liable for sexual harassment experienced by non-employees if the employer had knowledge or should have known about the incident(s) and did not take prompt and appropriate action to resolve the issue.

Since July 11, 2018, New York State Law has prohibited non-disclosure provisions in sexual harassment settlement agreements unless the complainant consents. In order to obtain consent, the employer must ensure:

The statute of limitations for sexual harassment claims under the New York City Human Rights Law was extended from one year to three years.

2. Law Applies to All Employers

Current city laws prohibiting gender-based harassment apply equally to all employers, rather than merely those with four or more employees.

Effective September 7, 2018, 120 days after Mayor De Blasio signed the Act, New York City employers will be required to conspicuously display a poster created by the New York City Human Rights Commission that outlines the rights of employees and responsibilities of employers with respect to sexual harassment policies and protocol. Employers must also distribute an information sheet containing the same information to current employees and new employees upon hire.

Effective April 1, 2019, the Act requires employers with 15 or more employees to conduct annual, interactive anti-sexual harassment training with all employees and interns. According to the City Law, the “interactive” requirement means “participatory teaching whereby the trainee is engaged in a trainer-trainee interaction, use of audio-visuals, computer or online training program or other participatory forms of training as determined by the [New York City Human Rights] Commission.”

Though it is similar to the New York State law, the Act provides a longer list of mandates for the trainings and does not require training of employees until after 90 days of employment or retraining of employees who participated in the requisite training through another employer. Employers are now required to maintain training records dating back three years to demonstrate compliance with the law.

Given the extensive changes in New York State and New York City Law contained in these two pieces of legislation, it is reasonable to assume that there will be an upswing in sexual harassment claims against New York State and New York City employers. Accordingly, if not yet doing so, employers should implement policy and training reforms to their sexual harassment programs, if any, to protect their employees and try to insulate themselves from potential liability.