Social Media Policies and the NLRB 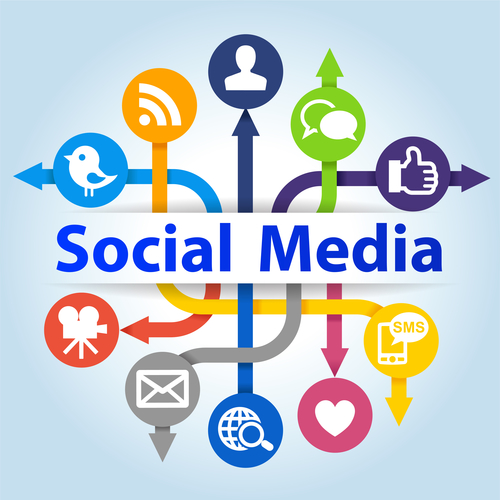 The National Labor Relations Board (“NLRB”) has continued to shape social media policies and practices at work for both employers and employees through recent decisions. This article will briefly discuss several such decisions which shed light on National Labor Relations Act (“NLRA”)-protected union activities, the standards for employees’ disloyalty, and the standards for appropriate social media policies implemented by employers.

In Pier Sixty, LLC, Nos. 02-CA-068612 and 02-CA-070797, an employee of a catering company posted “obscene vulgarities” on his Facebook page regarding a manager’s mistreatment of certain employees two days before a union representation election and was fired soon thereafter. The Board adopted the decision of the administrative law judge who had applied the totality of circumstances test to evaluate the employee’s post. The judge considered the following factors:

1. whether the record contained any evidence of the Respondent’s anti-union hostility;

2. whether the Respondent provoked Perez’ conduct;

3. whether Perez’ conduct was impulsive or deliberate;

7. whether the Respondent considered language similar to that used by Perez to be offensive;

8. whether the employer maintained a specific rule prohibiting the language at issue; and

9. whether the discipline imposed upon Perez was typical of that imposed for similar violations or disproportionate to his offense.

In consideration of the above, the judge found that the employee’s conduct was not so egregious as to lose the protection under the Act and that the employer had violated the Act by discharging the employee for his protected, concerted comments made on social media two days before the election for union representation. This decision has been appealed to the Second Circuit.

Similarly, in Novelis Corporation, No. 03-CA-121293, et al., the Board affirmed an administrative law judge’s finding that the employer was in violation of the NLRA by demoting an employee for his protected, concerted comments on Facebook. In this instance, the employee had merely expressed discontent regarding the conditions of his employment without disparaging the employer or demonstrating disloyalty.

An evaluation of employees’ disloyalty occurred in a subsequent decision made in September 2016 in DirecTV, Inc. v. NLRB, No. 11-1273. After a group of technicians interviewed with a local television news station and complained about their company’s new pay policy scheme, they were fired for participating in the interview. The Board found that the interview was a protected activity under the NLRA, the employees’ statements being within the Act’s protection. The D.C. Circuit Court of Appeals affirmed the Board’s ruling, finding that the employees’ complaints were protected under the following NLRA two-prong test: 1) the complaints were related to an ongoing labor dispute; and 2) the employees’ actions were not disloyal or maliciously untrue. The Board concluded that the technicians had little, if any, control over the editing of the interview, their statements were not untrue, and the statements were not made “recklessly without regard for the financial consequences to” the company.

The Board continues to push back on overly restrictive social media policies put in place by certain employers. In Chipotle Services LLC d/b/a Chipotle Mexican Grill, Nos. 04-CA-147314 and 04-CA-149551, an employee was asked to delete some tweets he had posted on his personal Twitter account through which he communicated with customers and discussed negative working conditions. The Board found that the employer had violated NLRA §8(a)(1) by maintaining a rule entitled “Social Media Code of Conduct” which prohibited employees from posting “incomplete, confidential, or inaccurate information” and making “disparaging, false, or misleading” statements. The Board noted that when rules are overly broad in scope or restrictive, they may interfere with employees’ lawful exercise of their rights under Section 7 of the NLRA, i.e., protected concerted activities.

However, there are situations where employees will lose the protection of the Act when they post certain types of information on social media. For example, if an employee posts insubordination plans in great detail on social media, the employee will lose the protection of the Act. In Richmond District Neighborhood Center, Nos. 20-CA-091748, two employees, who led after school activities for students, exchanged information on Facebook regarding planned insubordination in specific detail, including what kind of people they would invite to their events and what type of things they would teach the kids the following year. The Board found that the employees’ Facebook postings described specific insubordinate acts that were objectively so egregious as to lose the Act’s protection and concluded that the Center’s rescission of the employees’ job offers for the following year was justified because they were unfit to work there.