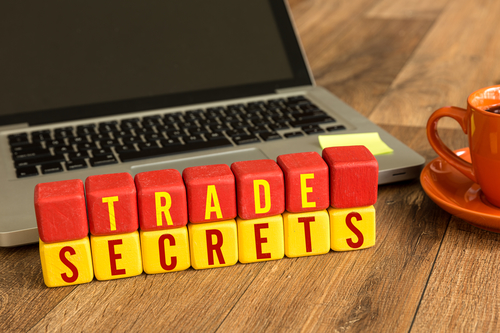 The Defend Trade Secrets Act of 2016 (the “DTSA”) is a federal statutory vehicle that companies can use to try to protect their most valuable assets (along with their employees, hopefully) — their trade secrets. Since the DTSA is only slightly more than a year old, there have been relatively few federal court decisions addressing the scope and breadth of the statute. One such case decided this summer in the Northern District of Illinois, Cortz, Inc. v. Doheny Enterprises, Inc., 2017 WL 2958071 (N.D. Ill. 2017), sheds light on the type of information afforded protection under the DTSA. The decision also offers insight as to how a plaintiff can improve its chances of securing a preliminary injunction at a misappropriation hearing under the DTSA as well as under state law and how a company defendant can attempt to defeat that motion.

In Cortz, plaintiff Cortz, Inc., a seller of swimming pool and spa products, initiated a suit against a former employee, Tim Murphy, and his new employer, Doheny Enterprise Inc., and sought a preliminary injunction prohibiting Murphy from continuing to work at Doheny. Among Cortz’s allegations were that Murphy possessed information about the prices that Cortz paid its vendors.

First: Identify the Alleged Trade Secret with Particularity and Not Just a Body of Information in Which a Secret May Lie.

During the hearing, Cortz introduced evidence that Murphy had access to pricing as to its 20,000 (!) different products with respect to its approximately 400 vendors and that vendor pricing is relevant for about two to three years. Cortz also introduced evidence that this price list was unique to Cortz even though its competitors purchased similar or identical products from the same vendors since specific retailers often negotiate their own prices with suppliers. Because Cortz had clarified that this was the specific information it was alleging to be a trade secret, the Court stated that it was prepared, for argument’s sake, to assume that Cortz had satisfied the particularity requirement under the DTSA.

The Court reached that conclusion despite stating that the facts that Cortz (i) had required vendors to sign an agreement containing a confidentiality clause and (ii) had entered into non-disclosure agreements with Doheny and Murphy while discussing a potential sale to Doheny (which obviously never went through) was insufficient to prove that it had adequately protected its trade secrets. Specifically, the Court stated, Cortz had failed to show, among other things, “the amount of time, effort, or money that it expended in developing its vendor pricing nor whether it would be difficult to duplicate its effort in doing so.”

As summarized below, Cortz’s failure to present admissible and credible evidence that the defendants had misappropriated its trade secrets was fatal to its preliminary injunction motion.

Second: Since the Rules of Evidence Apply at the Preliminary Injunction Stage, It Is Critical that Evidence of Misappropriation Falls within Applicable Rules.

At the risk of stating the obvious, the rules of evidence apply in preliminary injunction hearings. Thus, plaintiff’s counsel must ensure that the evidence it presents at the hearing is not only persuasive but admissible. During the hearing in Cortz, for example, the Court determined that certain third-party testimony was inadmissible hearsay because it was offered for the truth of the matter asserted and did not fall within a hearsay exception.

Of course, it is not enough for evidence to be admissible. It must also be credible and relevant. In Cortz, the Court found that there was no credible evidence that Murphy physically took any documents from his former employer, much less trade secret information, and that any vendor pricing information he remembered from his prior employment would be stale and irrelevant. Thus, the Court held that Cortz had failed to present admissible, credible, and relevant evidence to support its misappropriation claims.

At the risk of also stating the obvious, plaintiff’s counsel in a trade secrets misappropriation case, as in all cases, must:

•  vet witnesses by assessing their credibility;

•  ensure that evidence can be introduced for an admissible purpose; and

•  determine whether the evidence at hand would further the plaintiff’s cause in court or is likely to be deemed irrelevant to the specific claims at hand.

Third: There Must Be Admissible, Credible Evidence of Actual, Not Merely Hypothetical, Misappropriation.

The Cortz Court pointed out that “it is well-established…that an ‘employer’s fear that its former employee will use the trade secrets in his new position is insufficient to justify application of the inevitable disclosure doctrine.’” Cortz, Inc., quoting Triumph Packaging Grp., 834 F. Supp. 2d 796, 809 (N.D. Ill. 2011). Among other evidentiary deficiencies, Cortz was not able to offer credible evidence that Murphy occupied the same or a similar function at Doheny as he had at Cortz. Further, Cortz’s contention that Murphy would inevitably disclose the supposed trade secrets was rejected because it was unable to demonstrate that he had in fact done so. The Court held that a preliminary injunction would not be granted in reliance on the much maligned so-called inevitable disclosure doctrine. (This doctrine is likely to be the subject of a future article.)

In conclusion, it is important for companies to consult counsel concerning steps that should be taken to try to ensure the protection of information that they consider to be trade secrets long before litigation is commenced. To be most effective, this advice must include an analysis of the particular jurisdiction’s requirements for treatment of information as legally protectable trade secrets in addition to requirements under the DTSA. Similarly, companies defending against misappropriation of trade secret claims under the DTSA should view Cortz as a good starting point for formulating their defenses against such claims at the all important preliminary injunction phase where these cases are often resolved.